Randy Weaver, who along with his family and friend, Kevin Harris, were involved in an eleven day stand off with FBI and ATF agents at his remote cabin near Ruby Ridge Idaho in 1992. Feds had tried to recruit Weaver to be an informant and when he refused he was set up on a bogus weapons charge. The standoff began after Weaver failed to show up to court and agents surrounded his cabin, shot his wife Vicki and son Sammy to death, and wounded Weaver and Harris.
Weaver was acquitted of all charges, except the original failure to show for court, and his family was awarded $3.1 million in civil case against the government.
Weaver's case became a rallying cry for anti-government groups and was sited as a motivation by Timothy McVeigh.
Photographed in Iowa 1994. 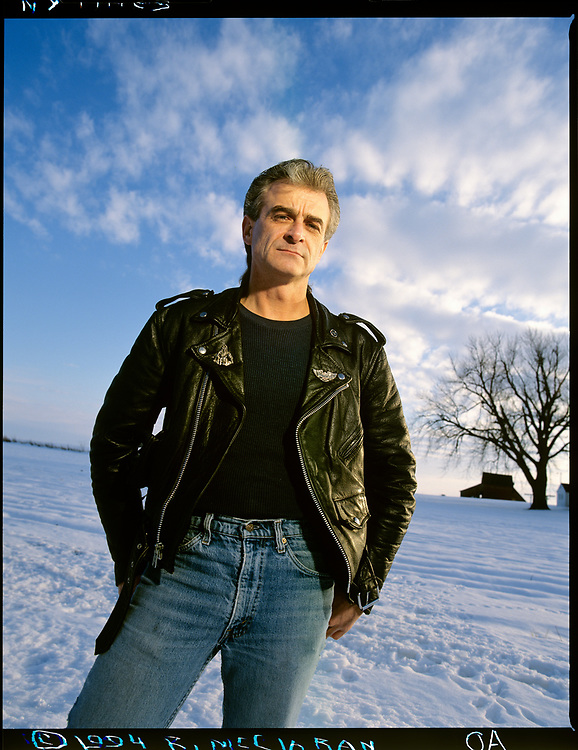